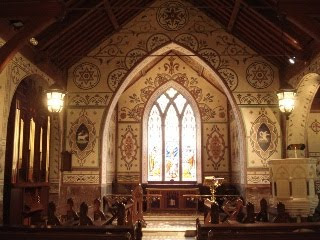 Inside the beautiful Anglican Church of Ascension in Timoleague, in a quiet corner of West Cork, is an elaborate and unexpected treasure of Byzantine style mosaics that envelop the walls and chancel. On the south wall, among the Indian flower designs, is inlaid a tribute to a local doctor Martin Alymer Crofts, who was a life-long friend and personal physician to the ninth Maharajah of Gwalior, Madhav Rao Scindia. 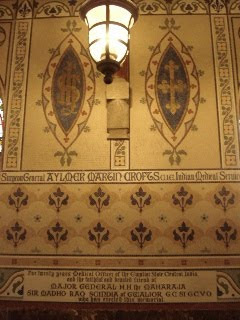 In the early 1920s, Maharajah Scindia financed the completion of the Timoleague mosaics in memory of this tall and impressively moustached Cork doctor, a member of the Indian Medical Service who was the Maharaja’s tutor and companion from when he was ten.

The pages of history are strewn with accounts of colourful characters, daring deeds and the dedication to their work of many Irish doctors abroad. Medical historians agree that in the 1800s Britain would have been unable to operate its medical services in India and other colonies but for the huge role played by Irish-trained doctors.

The reality of the time was that Ireland’s medical schools were overproducing doctors. Many elected to emigrate to England or one of the colonies, lured by the prospect of a more comfortable living. It was more attractive for many than the usual career path of an underpaid and mostly part-time post in a dispensary or workhouse in Ireland.

Feasibly, it was with this in mind that the recently graduated Dr Martin Crofts and his older brother James both signed up to the Indian Medical Service in March 1877 aged 23 and 25 respectively after obtaining medical degrees at Queen's College in Cork.

James was appointed Surgeon in the Bengal Medical Establishment, and while he entered the IMS in the same batch, on the same day, he was junior to his younger brother.

The first ten years of Martin’s career with the IMS were spent in military service, when he was for several years medical officer to the renowned 10th Bengal Lancers, ‘Hodson's Horse’ – a cavalry regiment that earned victors’ laurels in successive conflicts and upheld their distinguished reputation in the second Afghan war of 1878-80. During these years Martin served as regiment surgeon with the 10th and faced the Afghans in battles alongside his comrades in the Kandahar and Khaibar field forces.

A year after enlisting in the Indian Medical Service in 1878, the brothers Crofts found themselves among a British force of 40,000 fighting men distributed into military columns which penetrated Afghanistan at three different points – the Khyber, the Bolan and the Kurram passes – in the second Afghan war.

The priority of the British army surgeon was, of course, to treat the wounds and illness of the British and Indian serviceman, but ‘the struggle for hearts and minds’ is not just a modern phenomenon. Medical historians record that, in the aftermath of battle, medical staff would see if anything could be done for survivors of both sides, though this could be dangerous as some ghazis would feign death and shoot at their enemy, or draw a knife and swipe out in a last effort to do their duty under the jihad.

It is known that at least one of the Crofts, James, served in 1878/9 under the famed Anglo-Irish soldier Major General Sir Frederick Roberts, who was one of the most successful commanders of the Victorian era.

General Roberts was given the command of the Kurram Field Force, of which James is credited as one of the regiment surgeons, and Roberts relentlessly advanced into central Afghanistan, meeting and defeating the enemy forces head-on in each encounter, before finally taking Peiwar Kotal in December 1878.

With British forces occupying much of the country, a deal was struck in May 1879 that relinquished control of Afghan foreign affairs to the British. But that autumn, General Roberts and the Kurram Field Force were summoned into Kabul to suppress an uprising that had been triggered by the slaughter of a British resident and his staff in September that year. The ensuing battle added another victory to Roberts’ extraordinary reputation.

But it was the formation of a force of 10,000 men in Kabul in August 1880, which had to journey hundreds of miles to relieve British troops besieged in the city of Kandahar that brought Dr Martin Crofts under the command of General Roberts.

Scant documentation makes it unclear if Martin had actually served under Roberts prior to this. Indeed, it is also uncertain if brother James accompanied the relief column on that gruelling 319-mile march from Kabul to Kandahar as his service record makes no reference to him being present for action at Kandahar, the last battle of the second Afghan war.

Martin was certainly one of at least 30 surgeons who made this epic march, and there were many other Irish doctors among the medical compliment. Most notable was General Roberts’ Principal Medical Officer, Irish-born James Hanbury, who was educated in Trinity College Dublin and served with the British Army in China, India and America.

Afghanistan was, then as now, an inhospitable place for visiting armies. Roberts’ troops struggled daily on the march through thick clouds of dust, under a blistering sun and over a hard-baked road from camp to camp. The column would march in the early morning to avoid the full heat of the sun, halting a few minutes every hour. In this way, they managed to cover up to 20 miles a day.

Although the march was unhindered by the Afghans – news of Roberts’ approach had preceded him – it was an historic and remarkable feat of human endurance and organisation.  Finally, on the morning of the 31 August 1880, the relief force reached Kandahar. The inevitable battle was long and bloody but, on 1 September, a decisive victory was claimed for the British.

Martin saw brutal action once again two years later in the Egyptian war of 1882, when he was present in the Battles of Tel-el-Kebir and Kassassin, receiving the campaign medal with a clasp, and the Khedive's bronze star. 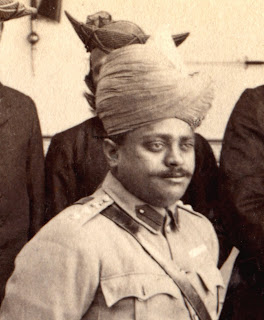 In 1886, the princely state of Gwalior was grieving the death of its Maharajah Jayajirao Sindhia, whose sole efforts over the previous three decades had made Gwalior the most advanced city of India. His son and heir, Maharaja Madhav Rao Scindia, was a boy in his tenth year.

As Gwalior held a strategic position between north and south India, the British considered it one of its most important strongholds in the country. It was no small honour then when the young prince was entrusted to 32-year-old Dr Martin Crofts, who was appointed residency surgeon of Gwalior and tutor to the new Maharaja Madhav Rao Scindia.

From a young age, and under the Cork man’s guidance, Madhav Rao threw himself with the utmost keenness into a broad education and the supervision of every detail of State management.

However, during these years, Dr Crofts was still a soldier and military surgeon and as such subject to the call to battle. Promoted to the rank of Surgeon Major in 1889, he served in the Zhob Valley expedition in the same year, on the North-West frontier of India, a long and hotly contested region where many British officers honed their soldiering.

Perhaps it was the Surgeon Major’s war stories from the battlefield that charged the young Prince’s active interest in warfare. Or perhaps it was the emergence of a sovereign spirit in one born to lead that gave the 14-year-old the idea of launching his very own military expedition in 1900. The destination was China where the Boxer movement, a brutal anti-European/Christian organisation, had rebelled with the aim of forcing out colonists.

It seems plausible that the teenage prince’s personal physician and friend of four years may have influenced how such a dangerous journey was undertaken. The mode of transport chosen was a hospital ship and Surgeon Major Crofts accompanied Madhav to China. Once docked, the Maharajah presented the vessel Gwalior to the authorities, at his own expense, for the accommodation of those wounded in the Boxer Uprising. Crofts himself was the senior medical officer of the Gwalior while the now fifteen-year-old Madhav served as orderly officer to General Gaselee in 1901. Both friends were decorated with the Third China War Medal for their efforts.

In 1894 the Maharaja came of legal age and obtained power. He was proudly Western in outlook, a marvellous host and staunchly pro-British. Eager for Western-style progress, he made Gwalior one of the most advanced states in India. He balanced the budget, encouraged local industries, built schools and hospitals and provided honest judges who sent their prisoners to model jails.

At leisure, he enjoyed driving steam engines, crying out to his admiring people “No danger – Sindhia drives.” He also had a passion for tiger shooting, even writing a book about it titled A Guide to Tiger Shooting, which became prescribed reading for the British dignitaries at his hunting parties. Martin Crofts would often accompany the Maharaja on these hunting trips, which were acclaimed for their entertainment value by distinguished foreign guests.

The Irish doctor’s military career was one on the ascension: he was elevated to the rank of surgeon lieutenant colonel in 1897; promoted to colonel in 1908, and to surgeon general three years later.  He was appointed Honorary Surgeon to the King on March 2nd, 1913.

Martin maintained contact with his one-time ward and was honoured when Madho and the Indian princes, who presented the hospital ship Loyalty to the Indian Government for service in First World War, expressed a desire that Surgeon General Crofts should be appointed to the medical charge. But Martin’s health would not allow him to accept the post.

Less than a year after he retired, Surgeon General Martin Alymer Crofts died “suddenly of heart disease” in London on 12 March 1915. There was no record that he had ever married or had children.

Days later a brief notice appeared in the Cork Constitution regarding his funeral at Timoleague. It added, simply: “A man who knew how to do a day’s work and who did it”.